How Effective is Corporate Social Responsibility (CSR) Strategy and Marketing?

Today many large companies have CSR departments and expert employees to manage CSR activity. Company image and reputation are important and the benefits of CSR are significant. Here are some key points from various sources about the benefits of CSR and its promotion: - “88% of consumers said they were more likely to buy from a company that supports and engages in activities to improve society.” According to Better Business Journey, a Small Business Consortium from the United
1,635 views 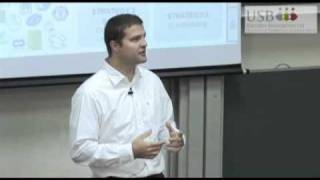 As of the first quarter of 2016, Twitter averaged at 310 million monthly active users. 80 percent of users accessed Twitter via their mobile device at the end of April 2015. Twitter is a huge marketing opportunity with various ways of attracting peoples attention and raising awareness. Liking posts, re-tweeting, tweeting to, quoting, tagging, #hashtags, direct messages, adding to lists, promoted tweets and promoted hashtags. These various techniques should be used when approp
41 views

How Effective is Corporate Social Responsibility (CSR) Strategy and Marketing?